LOS ANGELES (KABC) -- An almost-spooky video provided by the Lakers shows a reverse dunk made by LeBron James this week that matches step-by-step one made by Kobe Bryant on the same court 19 years ago.

Fans were already talking about LeBron's dunk after Thursday's game, marveling at how the 35-year-old is still as athletic and springy as he was when he first entered the league 17 years ago. 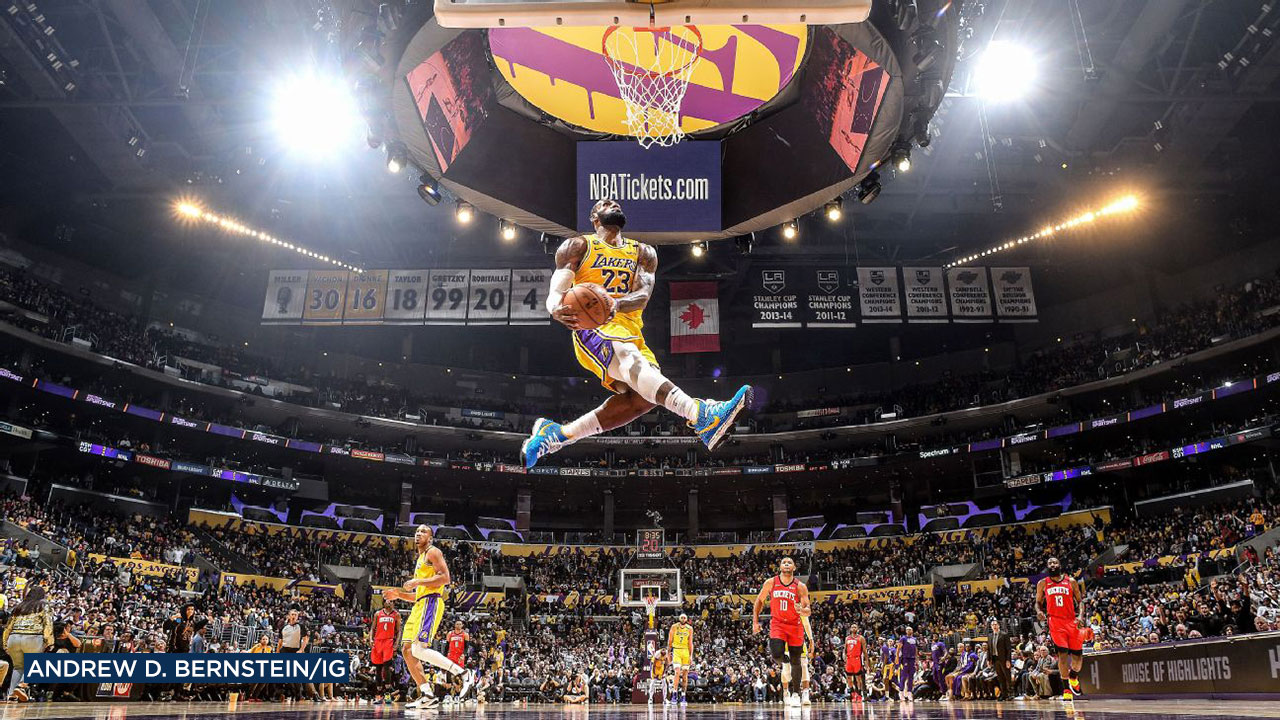 It seems to show LeBron as not only floating wayyyy above the court, but with his uniform's No. 23 lining up visually with the numbers retired in the rafters at Staples. James made the dunk Thursday in a 121-111 loss against the Houston Rockets at Staples Center.

James shared Bernstein's photo on his Instagram account, writing "Win, Lose, or Draw I LOVE being able to play the game I fell in love with as a lil kid growing up back in the projects of Akron Ohio!" The photo

Now the Lakers are making the dunk even more magical.

The team released a side-by-side video on Instagram that shows a similar breakaway dunk by Bryant against the Sacramento Kings at Staples Center on Nov. 18, 2001.

Both dunks were on the same court, both in the third quarter, both heading in the same direction.

Both were breakaways off steals and both came from below the same side and above the opposite side of the rim.

The Lakers Instagram video quickly hit about 2 million views within hours of posting.

ESPN contributed to this report.

Coronavirus: Jet2 cancels all flights to Spain, Balearic and Canary Islands with ‘immediate effect’ - The Independent

Plastic-eating caterpillar could chew its way through landfill - SlashGear

Weighing The Week Ahead: Why The Right Time Frame Is Crucial - Seeking Alpha